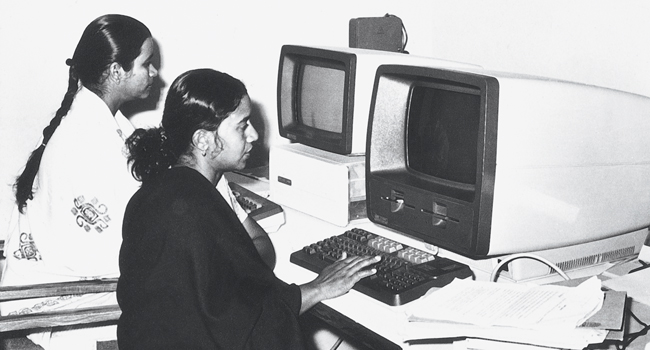 IIMA faculty have had diverse research interests spanning fields within management and beyond. The Research & Publications division have annual reports on the research output of the faculty members since 1967. IIMA’s Vikram Sarabhai library hosts much of this research output and is accessible on this link.

IIMA's research contributions have often been pioneering whether they have been in the fields of human resources development, finance, organizational behaviour, marketing, operations research or business history.

Action research has also been an important avenue for many faculty of IIMA. From Ravi Matthai’s Jawaja experiment in rural Rajasthan to Anil Gupta’s work on grassroots entrepreneurship, a wide canvas has been sketched by numerous faculty and students in researching and triggering change.

The supporting research staff- analysts, assistants, associates- have played a crucial role in facilitating the research ecosystem at IIMA. One such research staff member, Jahar Saha, rose up within the ranks to become faculty and then Director of IIMA, and another, Narayana Murthy, spearheaded India’s IT revolution via Infosys, before becoming the Chairperson of IIMA’s Board of Governors.

IIMA regularly set up research centres over several decades to examine the pressing questions of the day. Centres that are not mentioned in the above timeline are listed below:

2022-23 @ All Rights Reserved.
Website developed and maintained by IIMA Archives under the guidance of Vikram Sarabhai Library, Indian Institute of Management Ahmedabad